Athens is easy to reach from any country in the world through the bustling Athens International Airport. Many of our visitors reserve a few days at the beginning or the end of their sailing trip to Greece to explore this remarkable city studded with ancient ruins, spectacular museums, but also a vibrant metropolitan nightlife!

Our fleet in Athens is mainly located at the cosmopolitan Alimos Marina on the Western coast, ideally situated for heading straight to the islands of the Saronic Gulf or sailing out to the Western Cyclades.

For those of you that are pressed for time or not interested for some Athenian sight-seeing, we also have a charter base in Lavrion, less than half-an-hour drive from the Athens Airport on the Attica East coast and perfect if you want to be sailing just an hour or two after landing!

Our Charter Fleet in Athens

Our fleet in Alimos Marina includes the perfect yacht, including brand new sailing monohulls and catamarans to suit every taste. Our Alimos charter base supports both bareboat and skippered or crewed charters, so all you have to do is simply choose your boat or contact us for advice! 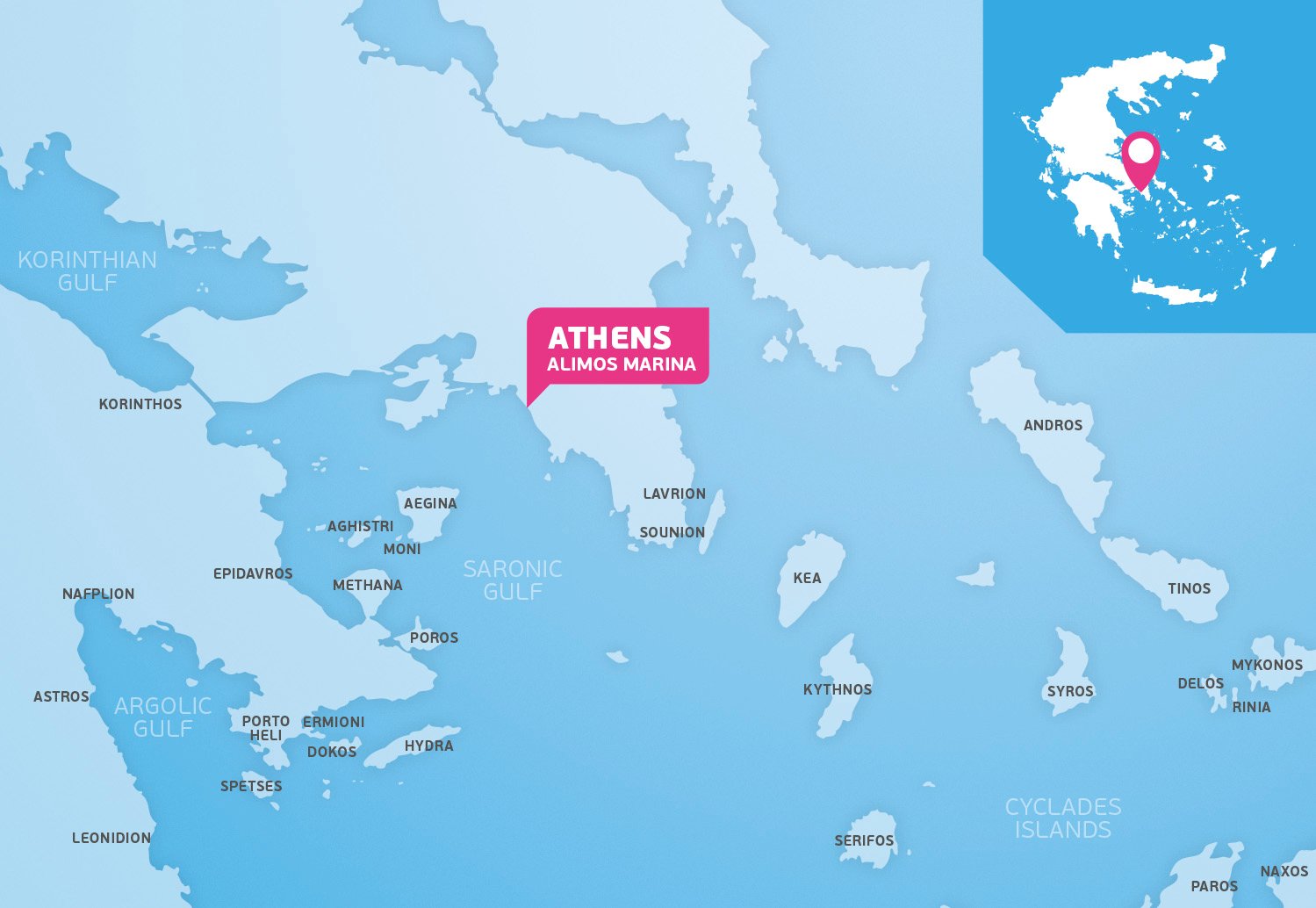 Alimos Marina is located in the South West coastline of Athens, just 15km from the city center, 8km South of the central Piraeus port, and 30km from the Athens International Airport. The marina is a mere 35-50 minute taxi ride, depending on traffic. Public transport options are also available. If you are arriving as a group and do not want to be hassled with transportation arrangements from the airport to your boat, we are happy to organize a private transfer for you from the airport by minibus with our reliable partners. So just let us know the details of your arrival and we will advise accordingly!

From our base in Athens, sailors typically follow one of two main sailing itineraries that are, broadly speaking, focused either in the Saronic Gulf or the Cyclades archipelago. Of course you are free to choose whatever itinerary you wish, and we are always happy to offer suggestions and recommendations!

The Saronic Gulf islands of Aegina, Poros, Hydra, Spetses and the Peloponnesian coast offer smooth sail- ing largely sheltered from strong winds. The Saronic route, centered around the gulf, is highly recommended for easy sailing, especially in July & August, when the strong northern "meltemi" winds are blowing down in the Cyclades area. It is also preferable for a charter of less than two weeks due to the relatively short sailing times between destinations.

Along this route you will find breathtaking vistas of cosmopolitan island towns, ancient temples, Byzantine castles, small fishing ports and unspoiled anchorages. The wind force of the annual N-NW Meltemi is usually not stronger than force 4-5, getting significantly less around the Island of Poros and the Methana Peninsula. There is also a possibility for some light S-SE winds, especially close to the Peloponnesian coast.

Sample itinerary for the Saronic gulf

The Cyclades is a group of Islands lying amidst the amazing Aegean Sea. They are world famous for the beauty of the rough rocky landscape merging with the crystal-clear sea, the traditional white-washed houses and windmills, and the endless possibilities they offer for exploring, sightseeing. Needless to say, some of the islands are well-known, to put it mildly, for their pumping nightlife!

Cruising in this archipelago definitely requires skilled, experienced sailors as the winds, especially in July and August, could easily reach Force 6-7 N-NW, with the norm being Force 4-5 N-NW (Meltemi annual winds). If you decide to sail the Cyclades you should not miss Paros, Santorini, Mykonos, Serifos and Milos. Although, to be perfectly honest, every island in the Cyclades is a hidden gem waiting to be discovered! 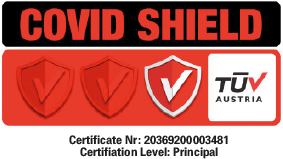 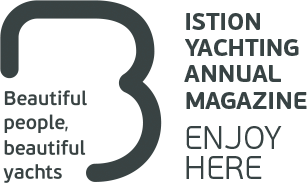